Sanctuary of the Virgen del Camino (Virgin of The Way) 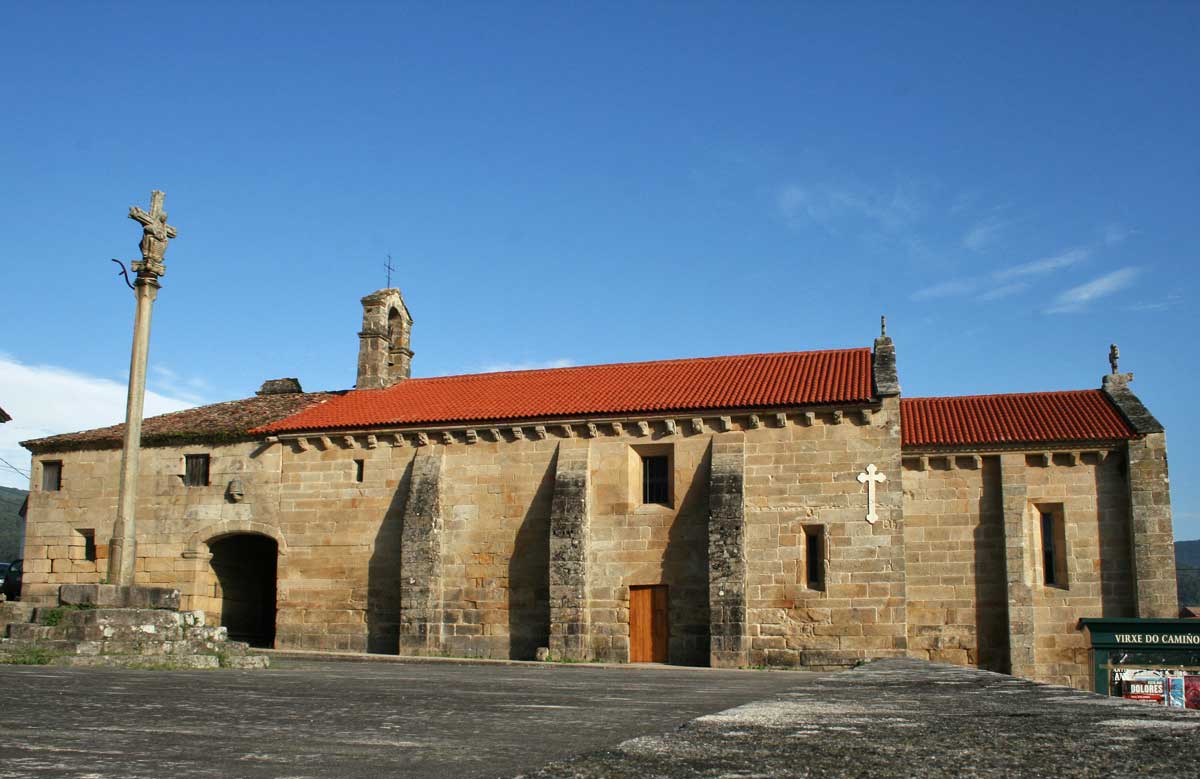 A Virxe do Camino (The Virgin of the Way)

In mid-August, don’t miss the Virxe do Camino celebrations.

This church is emblematic of maritime society and its religiosity.
For one thing, it appears to have been linked from the beginning to a lepers’ hospital and thus to charity. For another, it was central to maritime devotion: fishermen and sailors put their trust in Our Lady of the Way, evinced by a constant stream of votive offerings – offerings of gratitude for divine favour.
Records exist, and remains can be seen, of an ancient Romanesque chapel. However, the existing sanctuary dates from the fifteenth century. It is marine Gothic in style. The nave, in four sections, is formed by three pointed arches that support a wooden roof and rest on buttresses. The main altar at the back of the church has ribbed vaulting.
The 14th-century Christ Crucified deserves special mention.
It is a Gothic carving in the Tuscan style, unparalleled in the Peninsula (except for a similar image that was in the Collegiate church of Santa Maria del Campo in La Coruna, now located at La Rabida in Huelva). The original cross is gone and the figure suffered modifications during the Baroque period, such as the hair being cut off to be replaced by a wig, and repainting. During the Gothic period, the image of Christ was humanized: the representation of his suffering, his most human aspect, is emphasized. The somewhat restrained expression of pain through the symbols of the passion, the face and the body, are characteristic of the Tuscan school. Perhaps it is not, after all, surprising to find it in a town that had maritime contacts with Italy. This same church received, as a gift from Genoa, the marble baptismal font.
Also characteristic of the sanctuary are its votive offerings, thanking the Virgin for interceding in times of danger, whether from a storm or a pirate attack, as shown in two pictures from the 18th century which narrate the events through text and illustration. Particularly striking is the model ship known as the Transit Frigate, donated probably in the 19th century for unknown reasons.