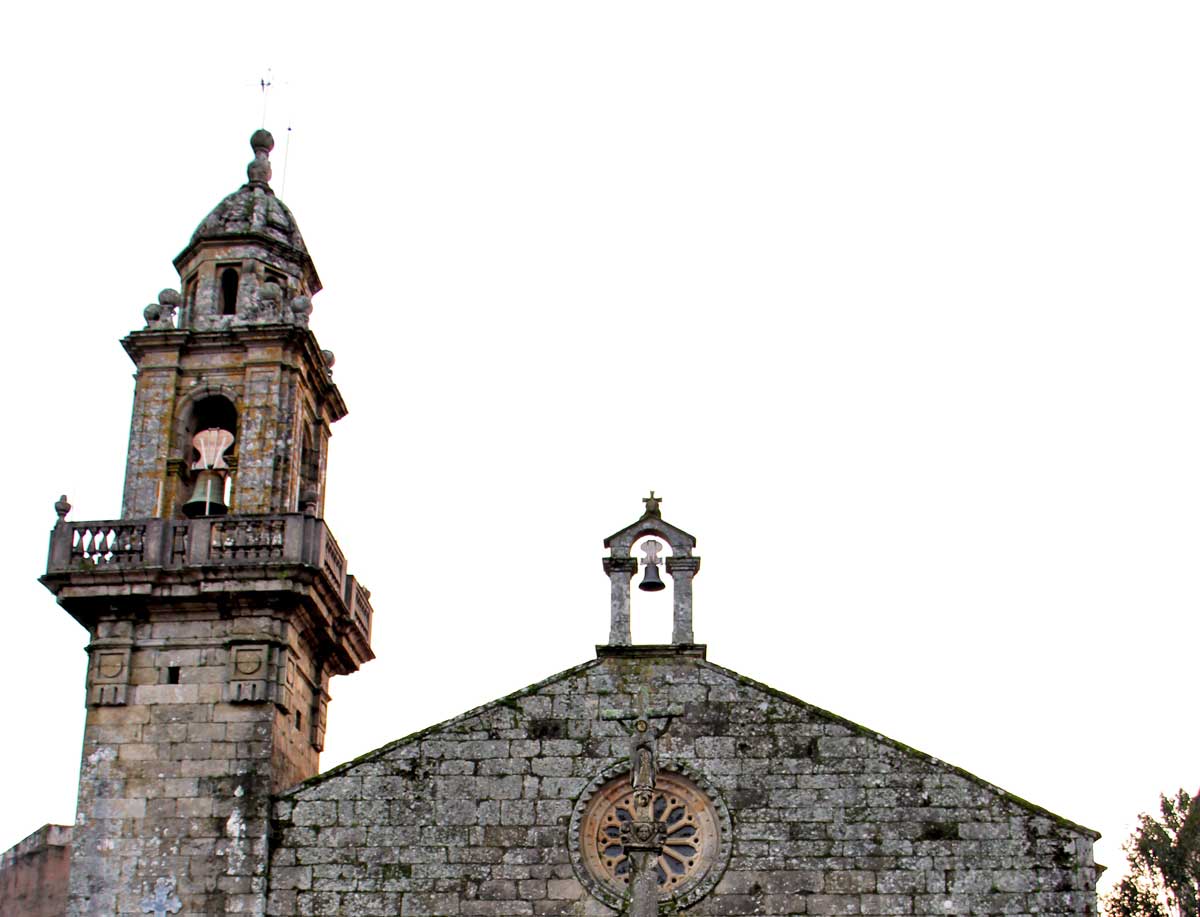 The Collegiate Church is the starting point of the Muros, Town of Water and Salt guided tour of Muros

Today all that remains of the original Romanesque elements are the main entrance, some corbels and stone engravings. The nave and apse were rebuilt in Gothic style to suit the mariners’ taste, the large pointed arches being notable elements. By 1500 the Rosary Chapel and the sacristy had already been added.

The conversion to Collegiate expanded the site. Throughout the 16th and 17th centuries the side chapels were opened out. In the 18th century some of these were enlarged, and communicating arches were created by way of lateral naves. It was also around then that the baptistry and bell tower were erected.

Hidden away among the decorations are two telling engravings: stars formed by fish.