The industrialization of the Estuary of Muros and Noia. 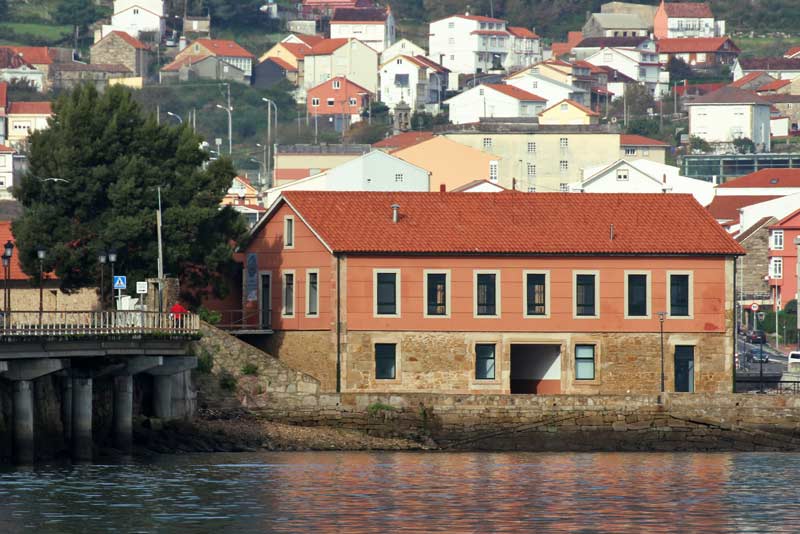 From the Middle Ages the port of Muros was known for its fish production, especially the sardine, which could be widely exported thanks to salting. From the late 18th century, the wealth of the seas attracted many industrialists, who settled in Muros and around the bay. They brought a new approach to traditional practices. First the salting factories, then the canneries completely changed the economy of Muros and the lifestyles of the people of the sea. The great explosion of this new industry took place during the nineteenth century and lasted well into the next century. However, overexploitation had its drawbacks, and eventually led to the closure of many of the factories. Here are some whose ruins still delineate the coastal landscape.
Sel Cannery: the Sel family, from Castro Urdiales, came to Muros in the late nineteenth century on their return from emigration to Argentina. They created a cannery which processed mainly sardines, but it survived until the 1970s thanks to shellfish. The building that housed the factory is visible, refurbished, by the road to Serres and Noia.
In the opposite direction, going towards Carnota, the ruins of Joaquin Vieta’s factory still stand, with a jetty. From the Sanctuary of the Virgin of the Way can be seen, across the inlet, the Three Gables, the remains of the Romani factory. And, one after another, throughout the town center and all along the coast, there are vestiges of that industrial past, some now just memories.